Surgery, cards and trying to get back on track.

Some of you may already know this... I was having some crazy medical issues over the last 8-10 months. (It may have been much longer than that but got worse over the last 8-10 months.) It started with my blood pressure--which turned out to be anxiety from PTSD and caffeine related. Then we got that under control only to find out that the dizziness that prompted me to go to the doctor was still happening. It was being caused by some blockages in my nose which they (the VA) thought was sleep apnea. It wasn't. I had a deviated septum and very narrow airways, which led to surgery. That was almost 3 weeks ago. Now, I can breathe right but am still swollen and sore.

But, I feel better now and can breathe clearly. I'm also not dizzy every morning.

Card organization has been on the back burner for months. I have been cataloging here and there but still have nearly 500K cards to go through. I am making progress but it's slow going. Hoping to get moving on it this weekend.

I also "owe" quite a few people some cards. Most are in return for their kindness and some are for trades. They are coming. Slowly but surely they will head out.

Now, I need to focus on recovering and getting back to normal. Or whatever normal is for me... :D

Thank you for the patience and support of the Hobby and especially to all of my friends on twitter.

Posted by Joseph P.S. Inzirillo III at 12:31 PM No comments:

So, we finally got the health stuff to a sense of normalcy--or, at least, better than it was. Things are finally starting to move again. Exercising, eating better and only on a few meds. One day at a time.

The card cataloging has been slow but happening. Finally sorting through the 350,000 plus cards that aren't cataloged and making sure what is cataloged is actually still there...

This is a short update, but more will follow.

Posted by Joseph P.S. Inzirillo III at 4:30 PM No comments:

So, my grand schemes to have a fantastical card blog have been non-existent. In my defense, the last few months have been rough.

Some highlights including losing Doodle (My dog and closet thing I had to a child), a CoVID scare at work that quarantined my wife and I for a week (test was negative for us both), and 3 death where I work. My work is a senior apartment complex and the last one hit me pretty hard.

With this, we had an audit at work, cleanup from said audit, an MFA class, trades I couldn't keep up with, depression and pain... There's more...

It's been a whopper of a few months. I'm mentally wiped out.

I am prepping however. Prepping for the new year.  I just set up a new twitter for card stuff @MadSetCollector that will be for trades, sales and retweets. I am also clearing all of the hobby stuff off of my primary twitter so that I can take that back to writing and personal stuff.

My goal right now is to finish the trades I have in the air, resume regular trading on TCDB, start writing more and finish organizing the cards. I also want to begin exercising again while find more time to read.

I plan to have a definitive answer of what I own card-wise and what my target is overall.

In other words, it's time to get life in order...

Stay safe and thank you all for your patience.

So, things are still off-kilter since September 1st. I've been playing catch up and my grand idea for this blog has fallen by the wayside. It will happen eventually...

Have a big mailday today. A stack of 73 Topps and a whole bunch of BCW boxes to finish the re-organizing project. Big sets are going into boxes appropriate for them. It clears room in the 5K boxes to organize the 375,000 cards I haven't gotten to yet.

Progress is being made. In the effort to recheck everything in TCDB, I have made it to '98 Donruss with minimal repairs to be done with previous sets. (I am going alphabetically and then by year.) Something tells me this will all be on hold while I put those boxes together.

Either way, stuff is happening.

Posted by Joseph P.S. Inzirillo III at 1:56 PM No comments:

I know, I know...  Where is my quality baseball card content?

Things have been busy and a bit off since losing the fuzzball. On top of that, I think I may have overwhelmed myself. The truth is, I don't have the time to do an in depth log of every card I get and all of the cool people I meet. So...

Instead of all of the craziness, I will be posting a weekly update on totals and at least a new card of the week. I think a toned down version will be good and more manageable.

So, there is my short update. Nothing exciting. Yet.

Oh, I also changed the list of needs to my Hit List. This is the list of the big cards I'm hunting. By hunting, I mean I want to trade for them. Will still contemplate sales, but would prefer to trade.

Okay, more to follow. Hopefully Sunday, but we will see what curveballs come this weekend.

Posted by Joseph P.S. Inzirillo III at 10:07 AM No comments:

The previous update and what followed after it was posted...

So, the morning of September 1st, I reported that the dog was doing better and that my sinus infection was worse...

By that afternoon, Doodle aka Kenzie aka Fuzzy Butt, was basically unable to breathe on her own. We were faced with a horrible decision. Our options were limited and when it came down to it, Doodle, my fuzzy best friend of 13 years, let us know very clearly that she couldn't do it anymore.

It was with a heavy heart and many tears that we said goodbye to her. Her body tried to go out on it's own and the doctor reacted quickly. Rather than have her panic and gasping for air while her heart tried to quit, we were able to get her to lay down calmly...  I have seen that when the vet uses an injection it can take up to 3 minutes. Doodle let the injection take her in less than 30 seconds.

She was tired and in pain and her little body couldn't do it anymore. I think she held on as long as she could for us.

She was the only constant in my life for the last 13 years and I miss her like crazy. Her urn is now home and I say hello to her every time I pass her--right on the dresser, near the bottom of our bed--her favorite spot to sleep.

Rest in Peace, little fuzzball. Mom will take care of you now. 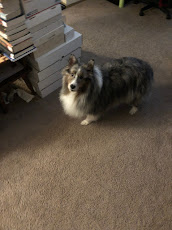 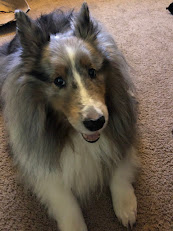 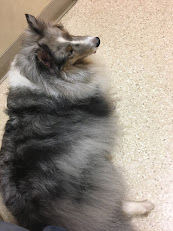 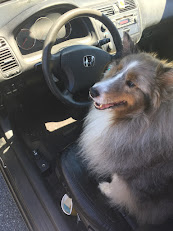 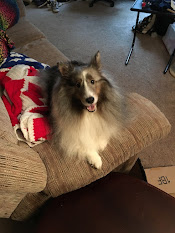 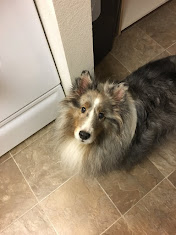 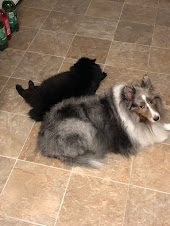 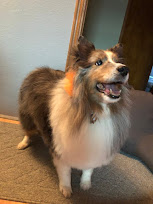 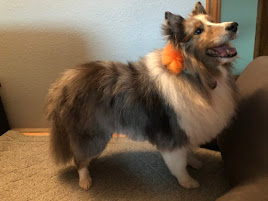 A Late Update--but an update regardless.

So the dog is doing better and I am doing worse…  Sinus Infection on top of allergies. Fun times. Finally got some antibiotics from the VA. Day 1 of that was yesterday.

Thursday, Stef and I celebrate our 1 year wedding anniversary--by jumping out of a plane! Will let everyone know how that goes later this week. :D

Archives was released as was Fire and now Stadium Club. My LCS has Archives and Stadium Club, but retail anything has been MIA for a while. My wife did track down some Fire eventually. It’s probably my favorite Fire set to date.

I will get a total number of cards added and places added later today.

Normally I will post pics of some of the great cards I have received since the last update. This time, I want to specifically highlight one set and a few people who fought to make it happen.

As it happened, through trades and some good fortune on Letgo, I wound up within a few cards of 1978 Topps. So, I reached out to the community on Twitter. The response was swift and overwhelming. Within a week, I was suddenly one base card and an error away. While that error (which isn’t recognized by Beckett) is still out there, the last base card, a variation itself (the “a” variation), was found by someone who already had done so much to help this set.

A massive thank you to the following, who have all been involved at some point:

@andyt813 @tapintomac @delspacefranco @lsucks @jcouvy @MikeCordaro1 @JennyMiller521, all of the people on TCDB who traded 78’s with me and anyone I forgot on here. (My memory is not what it used to be.)

And finally, to @NamathSeaver—an extra large thank you. Not only did you send cards to help, but you found the last card and made it your mission to finish this set by Labor Day. Wills error or not, mission accomplished. Thank you, my friend!

This set is a testament to the hobby as a family coming together to finish a set. I will always know that 1978 Topps was built by the community and will always be thankful for that.

I’ve said before that half of the fun of the hobby is the new people and friends I make. This is extremely true in the case of the Card_Buzz (@Card_Buzz).

On my top 2 list of hobby people I need to have a beer with, he has been an ear for hobby advice, a friend in life and one of the nicest people on Twitter. As a fellow Mattingly collector, we have traded cards back and forth while I continue to buy cards from him. He has also worked with me financially to ensure that I don’t lose out on cards I need for specific sets. (An earned trust, I ensure you.)

Just an overall good guy who is crazy good at packing cards. One day, we will break open a box while breaking open a beer.

Posted by Joseph P.S. Inzirillo III at 9:11 AM No comments:

Want to donate cards or Trade?